“The inside is an operation of the outside…an inside which is merely the fold of the outside, as if the ship were a folding of the sea’ (Gilles Deleuze ‘Foucault” Continuum 1999)

I liked this paradox. Memory is also described as a fold.

I folded my print this way, a fold becoming ‘A Wrinkle in Time’ as Madeleine L’Engle called it in her science fantasy novel that I remembered reading as a child. 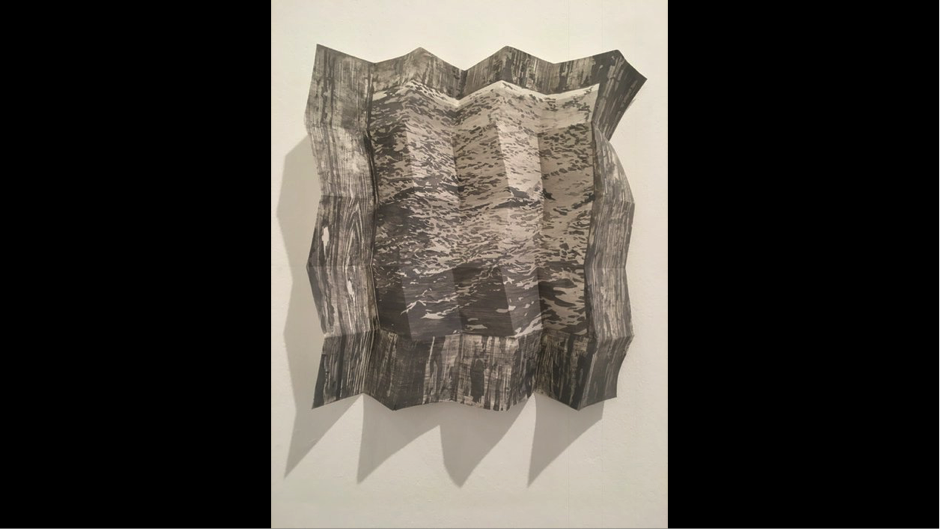 I had taken photographs of some peeling paint on a door, and of the Thames at Bankside. I liked the mutability of the wood grain and the water looking similar though one is solid and the other liquid.

The print was made as a Japanese Woodcut I cut the wood grain and sea together and printed it by hand with a baren, using watercolour pigment instead of oil based inks. In this way a more nuanced effect is produced contrasting with the certainties of the cut line.

I had read about a Japanese astrophysicist Koryo Miura who had devised a fold for solar panels on space flight.